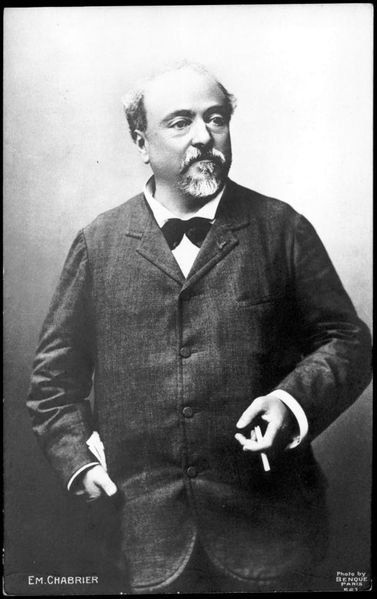 Emmanuel Chabrier was a Romantic composer and pianist. His lack of academic training left him free to create his own musical language, unaffected by established rules, and he was regarded by many later composers as an important innovator and a catalyst who paved the way for French modernism. He was admired by, and influenced, composers as diverse as Debussy, Ravel, Richard Strauss, Satie, Stravinsky, and the group of composers known as Les six.

Return to the List of the Classical Composers
◄ Previous Composer: Cavallini Ernesto